The Rise of Google Voice Search

The Rise of Google Voice Search 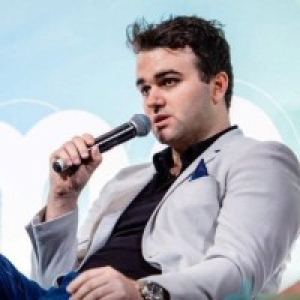 Voice Searching has a funny stigma about it, people are still caught in the idea that talking to their phones/televisions/audio-systems is straight out weird. It might be, but for how long? As our lives keep getting busier and busier, time saving and convenience are quickly growing to be the top things that people want more of. Voice search is the next step towards satisfying these demands.

When Apple brought out Siri back in 2013, most people played around with the new feature for a couple of days and then completely ignored it. This was for a couple of reasons: The error rate of Siri’s speech interpretation was too high, and nobody wanted to be seen speaking to a mobile. Fair enough. Google followed soon after by incorporating voice search into most of their products, and now even Microsoft has followed suit by releasing Cortana back in December last year.

Only 15% of iOS users reported using Siri when it first came out, so does this mean Google and Microsoft have just been following the same path of defeat? Not at all. Although when Google’s voice search first came out its fate was similar to that of Siri’s, things have been changing. 2 years ago Google had a voice search success rate of just 75%.  That number has now been increased to a solid 92%.

What Does This Mean?

Well, they’ve significantly reduced the technical problems, now how will they get people to use voice search without feeling awkward? The answer: convenience. By integrating apps these companies have made things such as calling, texting, getting directions, and researching far easier—especially in situations such as driving or cooking where your hands are a little tied up.

It’s quickly becoming far more acceptable to talk to your ‘personal assistant’ in public. In fact, Google’s number of voice queries had doubled from 2014 to 2015. If this isn’t enough to convince you that voice search is rapidly gaining popularity, then get this: Microsoft’s newly released Cortana has had 33% of all queries made via voice.

At this rate voice search is set to take over nearly everything technological. We’ll soon be talking to our refrigerators and asking our television questions as a regular part of the day. The stigma about voice search will fade, it’s already begun to. Voice search is growing at a faster rate than typed search already. This leaves SEO’s with no choice but to change their approach.

How this affects SEO’s

Think about how you would verbally communicate with your digital assistant for a moment. It could be your phone, your car, or your smartwatch: anything with voice search capability. If you wanted to find out who Mark Zuckerberg was, would you speak into the microphone something like “Mark Zuckerberg”, or would you use natural language, such as “Who is Mark Zuckerberg?”. The chances are that you’ve chosen the latter.

On the contrary, if you’ve chosen to type a question into a search box, it’s unlikely that you’ve used a full sentence. Almost undoubtedly, you’ve just typed in “Mark Zuckerberg” and found your answer from there. Notice how your searching behaviour changes from whether you’re typing or talking? Nobody has forced you to do so, it just happens naturally. Now think about how you’ve optimised your web page and its keywords. You’ve only used keywords based on typed queries, right?

As technology changes you need to adapt. If your keywords are only relevant to typed searches, then you’re about to miss out on a whole lot of web traffic. With one fifth (and soon far more!) of Google’s total searches currently coming from voice search, the time has come to change your trafficking approach. There’s no way of gauging how organic traffic is effected just yet, but from the very few studies published on the matter, here is what we currently know about voice search:

Previously words such as ‘for’, ‘who’, ‘a’, ‘me’, ‘where’, and ‘how’ may have been excluded from your list of keywords. Now, they could mean exceptional results. The more keywords that match your search, the more likely you are to show up on Google’s. “Buy mosquito net” is how someone will search through a text box, but “Where can I buy a mosquito net” is how people use voice search. This must be accounted for in your search strategy.

You’ve probably targeted 1 or 2 keyword head terms in the past, which is a great idea with typed searches. With voice searches things are a little different. Natural language is used instead of a couple of unspecific words, which makes the queries longer. This means that the most successful voice searches now contain 3 words within the query.

When somebody starts a sentence with who/what, it implies that they’re interested in something—but not necessarily looking to buy anything. How is similar. When and where: these are the sentence starters that you should be bidding on highest. If someone voice searches “Who is the founder of Nike”, it’s unlikely that they’re looking to buy any Nike products. A question such as “Where is the nearest Nike store”, is far more likely to produce monetary results.

Text search has already been overtaken by voice when it comes to local-based questions. If someone’s looking to find the best place for a coffee, they’re three times more likely to ask Cortana, Siri, or Google than to use a search box. This means that you need to take the utmost care in catering for local searchers, so that when the time comes you can easily be found. You need to be aware of how locals speak, and the type of questions that they’d ask. If somebody asks “What’s the best coffee shop in the Sydney CBD area”, will you come up as the first search option?

People want their answers immediately, without having to go through webpages to find their answers. To accommodate this, Google uses sites such as TripAdvisor and Yellow Pages to produce the basic business details on the SERP when necessary. When people ask Siri “Where is an Italian restaurant near Bondi”, a third party listing with all your business’s details, a 5-star rating, and even a call to action such as ‘book now’ will come right up without even having to enter your website. If the details from these sites aren’t correct, then it’s almost a certain bet that the customer will move straight on to the next listing on the SERP. Obviously this isn’t an ideal situation, so you need to be sure that all third party sites are correctly updated and that any poor reviews have been managed accordingly.

If you’re about to start a business and you’re thinking of naming it Frauscherznuckle you might want to think again. If a customer incorrectly pronounces your business name—or your business name sounds different to how it’s written—there’s a good chance that a prospective customer will be thrown in the wrong direction when voice searching. Assuming that your business has already been established, the best way for you to counter this problem is by researching common pronunciation mistakes or similar words and adding them to your list of keywords. If your business’s name is LucieLuu Apparel, then you should be adding ‘Lucy Loo’, ‘Loosey Loo’ and ‘Lucky Loo’. Be sure to add in the appropriate negative keywords when accounting for this too; a good negative keyword for this example would be toilet. You don’t want anybody coming to an apparel store in search of the latest ‘loo’.

If you follow these suggestions you should be well prepared for the takeover of voice search—the takeover that will almost definitely happen. Due to Apple, Microsoft, and Google’s continuing development of voice search technology, the stigma that is currently around when it comes to talking to electronic items will fade soon enough.

At the moment there is little known about ROAS when it comes to voice searches.  All we really know is that the days of relying on statistically derived keyword lists are over, it’s time to adapt to the future’s technology. This means plenty of experimentation through testing different keywords to see what brings you the most traffic. There aren’t many studies for the matter just yet, so if it’s true that voice search is going to take over, then (assuming that you’ve made the suggested changes) you’re going to be the first to see the benefits. You know the saying: The early bird gets the worm! This is no different, optimise for voice search as soon as possible.

Let's Get in Touch

This will only take 2 minutes of your time. We promise 😉

James Norquay founded Prosperity Media in 2012 after working in the SEO & Content Marketing space for over 10 years. Prosperity works on Small to Large eCommerce, Marketplace and many other projects in Australia and the US markets.